Gredos Ibex is the biggest of the four sub species. Its long and thick horns makes it the most valued trophy of the Spanish big game.
This beautiful animal lives in rude mountains making its hunt a true challenge.
Gredos Ibex like to live in big groups, sometimes gathering more than 50 Ibex, a true show!
As they live far away from villages and roads, horses are used to get into the hunting area.

In our hunting area we have quality rural accommodation and restaurants with an elaborate kitchen and cozy spaces. Guests can relax by the fireplace while discussing the day enjoying a good glass of Spanish wine.

Our hunting areas are located in the ports of Tortosa-Beceite, a mountainous massif located on horseback in three provinces (Tarragona, Castellón and Teruel) with a very unique, steep orography, with deep valleys and rock formations.

The Beceite Ibex together with the Gredos Ibex is the most spectacular in terms of the shape and dimension of the horns. They can be found with two different forms of horns: a line finished in lyre and another fully open, flat looking sideways, called “aircraft” or “umbrella.”

This is going to be the first stop of the journey. Beceite is located just two hours drive from Barcelona.

The Ibex of Ronda, located in Southern Europe, is the smallest of those that make up the Grand Slam of the Spanish Ibex.
The historic city of Ronda gives its name to this sub specie.

The horns of the Ibex of Ronda are similar to those of the Sierra Nevada Ibex: horns with straight growths and slightly curved backwards.

The hunting season for Ronda Ibex is from October to May. Even if the hunting is good through the whole season, the best moment for Spanish Ibex hunting is during the rut. This is when you will have more chances of hunting a large male.

Our hunting areas are located in the best areas of Ronda. The geography of the interior of Spain shows a soft relief and includes areas of pasture and grain.

The Sierra Nevada Ibex is one of the most abundant sub species in the Spanish territory. Its dimensions are slightly inferior to those of its brothers of Beceite and Gredos.

Their horns are also smaller in size but they are wide and robust.
We will hunt this sub specie in a particular environment, next to the wonderful city of Granada.

This incredible animal lives from the top of Sierra Nevada to the coastline, wich provides us a good variety of scenarios to play with.

Sierra Nevada is a mountain massif located on the southern coast of Spain, belonging mostly to the province of Granada.

Depending on what sub specie we want to hunt, guests will land at diferent airports.

Every trip can be customized to the needs of the hunter to make it as pleasant as possible.

Click our representative below to chat on WhatsApp or send us an email to info@rupisalmo.com 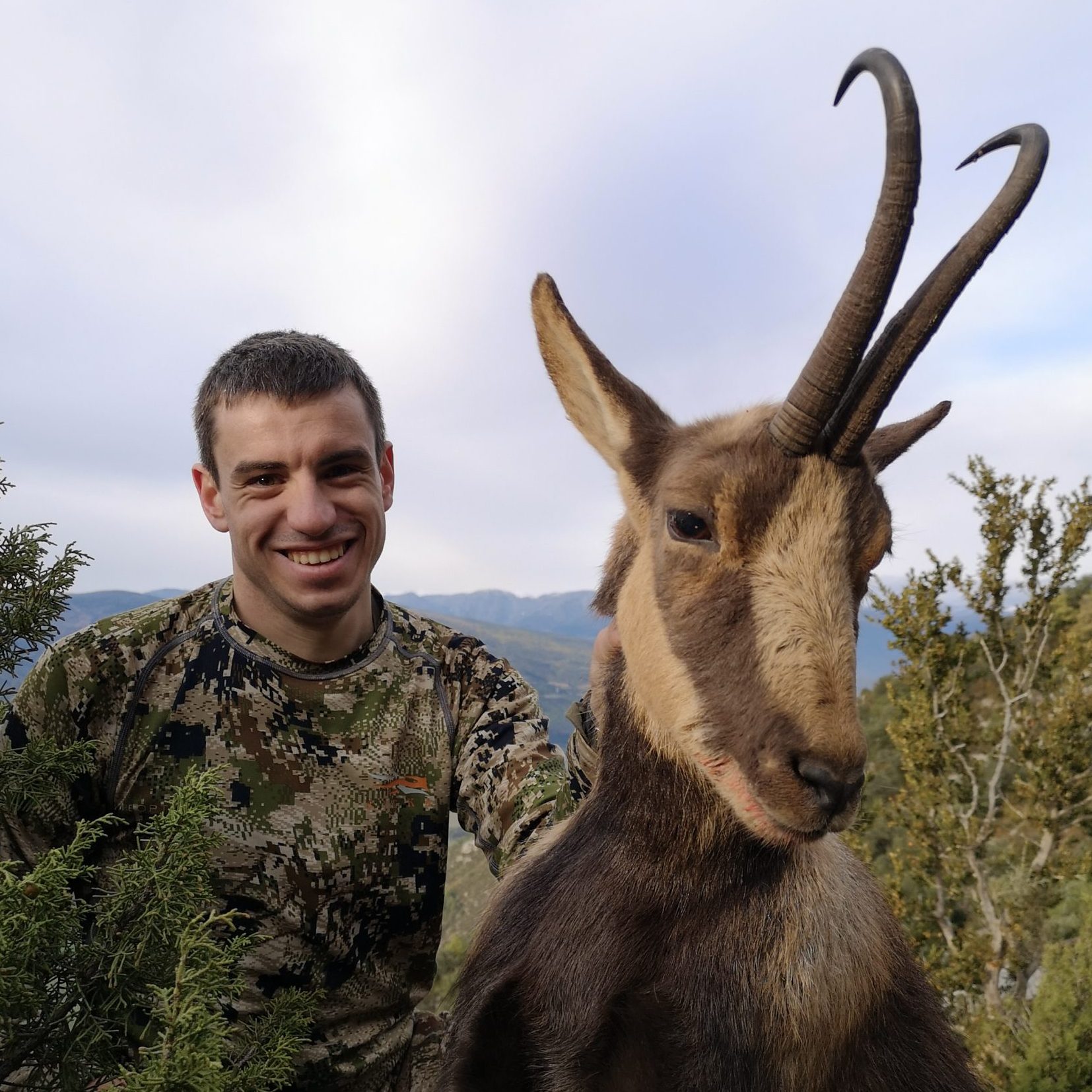